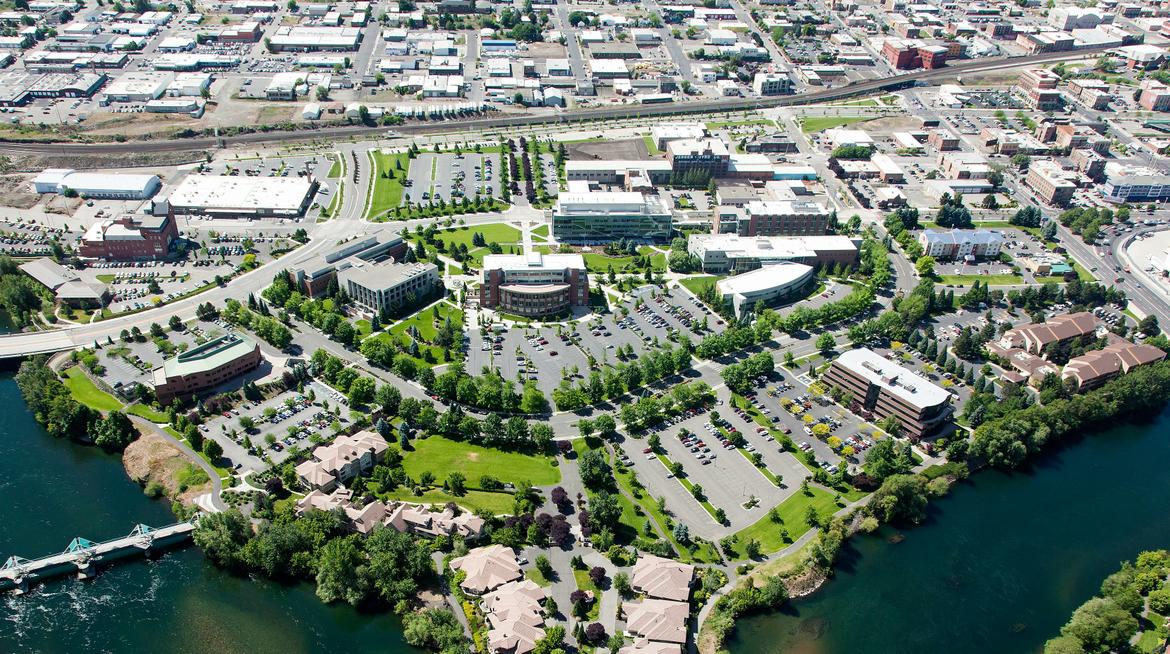 Washington State University’s new medical school in Spokane and the growth of other higher education opportunities will be an ongoing catalyst for downtown development, a real estate broker predicts.

WSU’s new medical school, along with the University of Washington’s partnership with Gonzaga University to expand medical education here, will drive demand for business office space, Byrd predicted. A lot of startup companies want to cluster around medical research facilities, and compared to Seattle, Spokane will offer a lower cost place to do business, he said.

Byrd was one of the speakers at an Inland Northwest real estate conference Tuesday in Coeur d’Alene, which generally offered a bullish outlook for development in the region in 2017. The event was put on by the Urban Land Institute.

SVN Conerstone has identified Spokane as one of its “markets to watch,” though the upside for real estate growth is tempered by a slower growth in the job market.

“Everyone knows that Spokane is slow to grow, but we’re steady. And we’re slow to bust, too,” Byrd said.

He also listed redevelopment of the closed Macy’s store downtown and Kendall Yard’s ongoing housing construction as positive signs for the city’s core.

Centennial Properties, which is redeveloping the Macy’s building, expects to announce new retail tenants for the space by February or March, said Doug Yost, director of real estate development. The project also will contain residential units – from 800-square-foot apartments to penthouses over 2,000 square feet.

Centennial Properties is a subsidiary of Cowles Co., which also owns The Spokesman-Review.

“There’s a strong trend for everyone to live downtown,” not just milennials, Yost told the audience.

Centennial Properties also is converting space in the company’s historic Chronicle Building into apartments. Interest in those 32 apartments is coming from baby boomers who have a lake property getaway but work downtown and want to live there, Yost said.

And while interest in the area’s historic buildings is high, the people who live and work in them want remodeled units with modern amenities, he said. “You need a rooftop deck and a workout room,” he said.

Coeur d’Alene has two high-end apartment projects planned this year: a 50-unit apartment building near City Hall and another project on Lakeshore Drive.

That’s a departure for the city, where most of the new apartment units have been subsidized, workforce housing, said Ben Widmyer, owner of Widmyer Corp., a property management and real estate development company.

“Incomes in our area aren’t going up,” he said. So, it will be interesting to see how demand for those units plays out, Widmyer said.