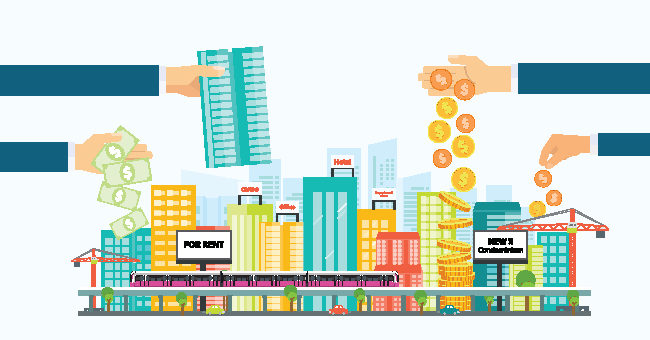 According to the most recent published reports by the Conference Board, CEO Confidence spiked a highly significant 15 points as of January and the Consumer Confidence Index sits at 114.8 as of February, making each measure sit at 6 year and 15 year highs respectively. Confidence at these levels, especially when true for both consumer and business segments, leads to increased levels of investment and spending, both critical for demand of real estate. To appreciate why confidence is so high, it is important to look at the underlying fundamentals of the macroeconomy in early 2017.

CONSUMERS CONTINUE TO DO WELL IN 2017

Job growth remains robust with multiple months of 200,000+ net new jobs, specifically 235,000 in February per the BLS, and a steady, low unemployment rate, presently 4.7%. This has led to continued wage growth and personal income growth, 0.4% in January alone. In addition, record high stock prices and growing home prices all add up to a (financially) happy household. Spending is up too with retail sales at a record high in the latest monthly reading and a 5.56% year over year growth rate as of January according to the Census Bureau. This has increased growth in manufactured goods order in the US, up 1.2% in January and up six out of the last seven months. In summary, the growing wave of positive news that began in the third quarter of 2016, appears to only have accelerated into the first quarter of 2017. Whether it’s due to raw macroeconomic fundamentals, or optimism following the election, the fact is, consumers are doing very well today.

The business sector still appears to be under investing, with only 0.04% growth in fixed investment in the 4Q2016 and there is a lot ground left to cover to get to full growth in the economy. If businesses invest more vigorously, as CEO confidence and stock market levels suggest could happen, GDP growth should easily exceed 2% and may even approach 3%. Despite all the recovery and improvement, the US economy only managed 1.6% growth in 2016. Regulatory rollback and reform is the one area of the new administration’s agenda most likely to advance in 2017, although not without controversy. These are the aspects President Trump can influence without needing Congressional approval, in many instances, and is more likely the most tangible, real, and immediate area that is causing the rise in business sector optimism. Even if there are small changes, the threat of sudden negative changes or complex new regulations is substantially reduced, such as the sudden change to the Department of Labor’s overtime compensation rules in 2016.

A wide range of commercial real estate organizations have also begun intense lobbying on regulatory reforms due to the relaxed lending restrictions stemming from Dodd-Frank to energy use reporting provisions enacted by HUD in FHA multifamily lending. If these efforts are even somewhat successful, commercial property investors will have good reason to be optimistic. So far, commercial real estate has not yet felt the full impact of the Trump administration, rising stock prices and, even to some degree, long term interest rates. All evidence suggests that the commercial real estate industry is equally, if not more, optimistic than the general business community. CoStar, who issues monthly pricing indices for commercial real estate, reported that its value weighted index fell 0.9% in January, up 5.5% year over year, while its equally weighted index rose 1.4% that same month, up 7.5% year over year. The difference is due to the equally weighted index being more representative of secondary/tertiary markets and deals of smaller size. This trend of smaller deals and secondary markets outperforming core assets and primary markets looks highly likely to continue for 2017, especially if the confidence and optimism holds.