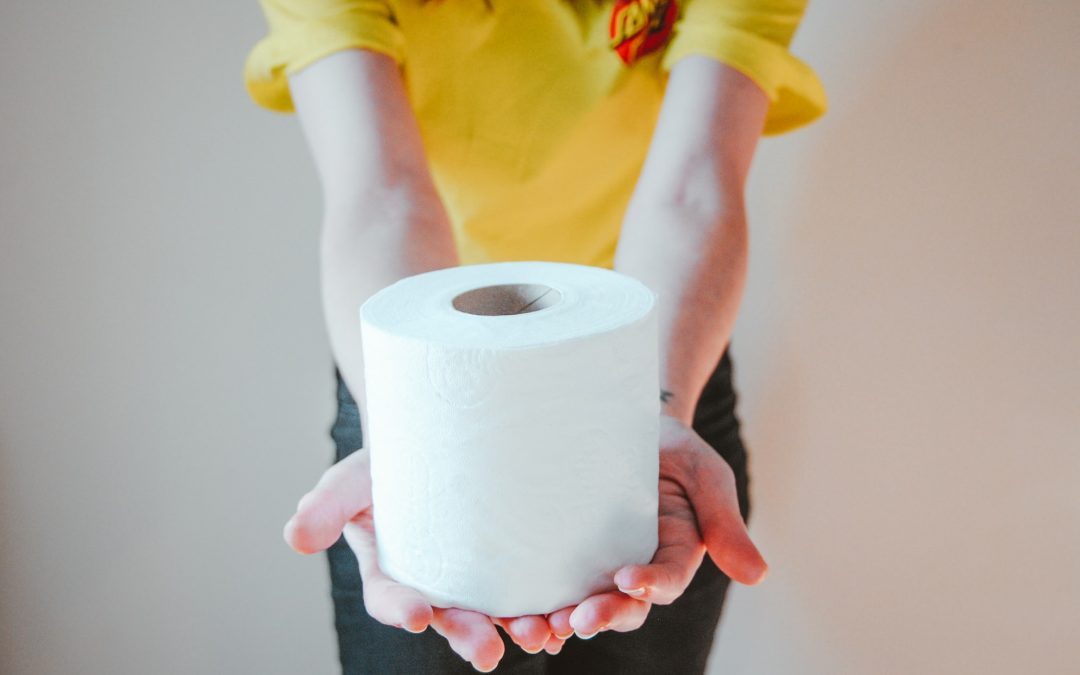 Below is a timely and insightful article about what may lie ahead.
By Jim Costello on  Thursday, March 19th 2020

We are on the verges of uncharted territory for the U.S. commercial property market. The headline figures for deal activity in February don’t look so bad; however, the speed of life is faster than what is charted in backward-looking figures. There is rampant fear out in the marketplace, not over what happened in transaction activity last month, but over the storm that is brewing in front of us.

Commercial real estate transactions can take weeks to close, so deal activity at any one period is effectively a retrospective indicator showing how optimistic investors were in weeks past. By contrast, the news around COVID-19 has been changing by the hour over the last two weeks. Making sense of what will happen next involves a little bit of speculation as well as reasonable judgement over the forces at play in the market. 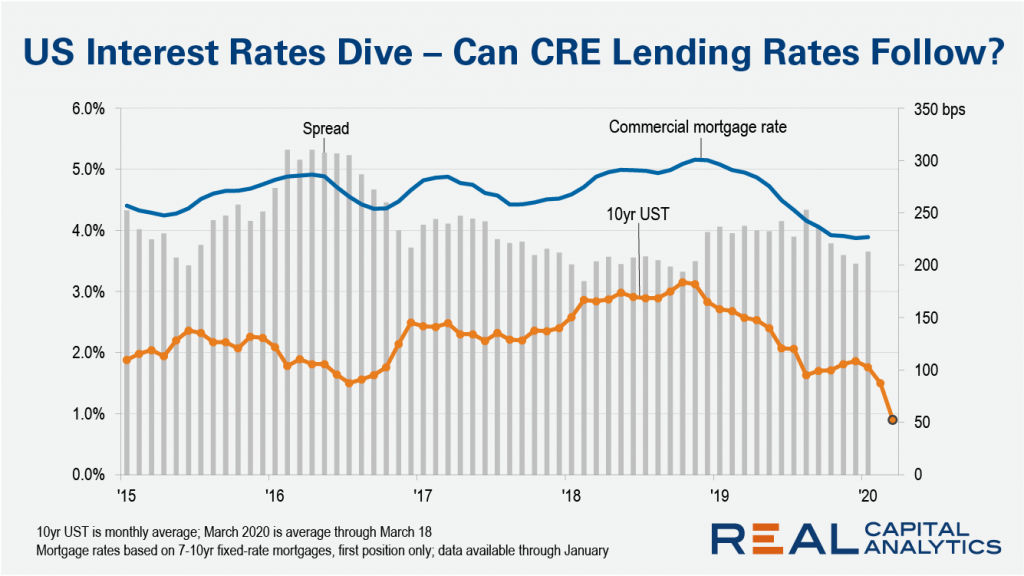 The 10yr UST looks like it will average less than 1% for all of March. That level and the emergency move by the Federal Reserve to push the target fed funds rate to 0% are unlike anything the economy has seen before. These shifts into uncharted territory are not a positive sign for commercial real estate investments. Normally one might expect that a fall in interest rates would be met with a fall in mortgage rates and potentially even cap rates. Such declines would be great news for property values, but one would be wise not to stake the future on such an outcome.

Even before the sharp drop in the 10yr UST in late February and into March, commercial mortgage rates had flattened, and it is not clear that these rates can fall further. Lenders are reporting that they are at floors for mortgage rates, even with the fall in interest rates and the target fed funds rate being cut to zero.

The fact that interest rates are so low is a sign of weakness in the economy. Sure, mortgage rates are certainly lower than a year ago and lower debt costs could help investors. However, if tenants are struggling to figure out how they will stay in business over the next two to six months, what will property income look like moving forward?

In the face of such income uncertainty, many investors might decide to hit the pause button on deals. Just as vacations, theater plans, conferences, and many parts of the U.S. economy are on hold, so too, many transactions could be on hold.

If we are lucky, this virus will burn out quickly and within a couple of months all of the economic activity which was temporarily suppressed will come roaring back. But we do not know if we will end up on such a rosy path. Again, we are in uncharted territory. We should hope for the best but be prepared for the worst.

The next edition of US Capital Trends will be released March 25. To read our latest analysis and commentaries on the impact of the coronavirus on global property markets, go to rcanalytics.com/coronavirus

The Show Must Go On: CRE in a Coronavirus Slowdown