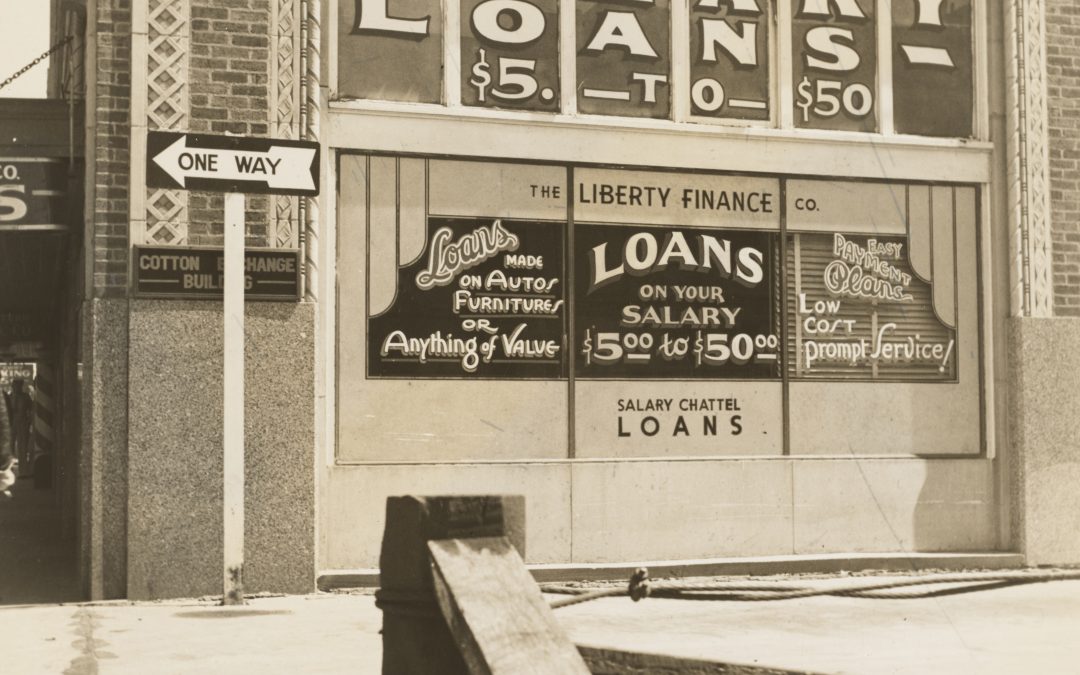 At SVN Cornerstone, we want you to know the market and the trends.  In an absolutely unprecedented time in our economic history we are either on the brink of a big comeback or a huge rescission…. or something in between.  Below is a great article about Hotel and Retail CMBS loans that is likely an indicator.  Interpret as you may.

Yardi Matrix’s Paul Fiorilla sizes up the spike in delinquencies in the new generation of CMBS.

Driven by cash flow disruptions among retail and hotel properties, CMBS delinquencies more than doubled in June to 5.8 percent and could potentially more than double again within two months, according to Moody’s Investors Service.

The rating agency said in a report this week that June produced the largest one-month increase in the delinquency rate of conduit CMBS, which refers to pools of mixed-loan types and multiple borrowers. Moody’s said that the total conduit CMBS delinquency rate would rise to 10.1 percent in July and 14.3 percent in August if all properties with missed payments in June remain delinquent over the next two months.

The report noted that before COVID-19, loans 30–59 days delinquent would often become current, but “given the business interruptions caused by the pandemic, the late payment status is more indicative of continuing issues, particularly for properties directly impacted, such as retail and hotel assets.” 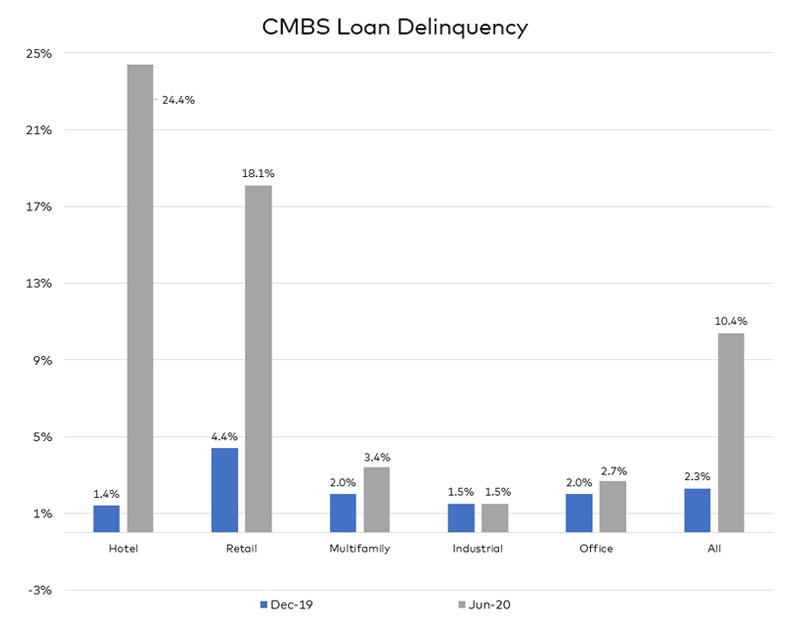 June’s performance is also notable because most of the increase came from a sharp spike in delinquencies in CMBS 2.0 loans—those that were originated in 2010 or later, after the global financial crisis. CMBS virtually closed shop in 2008 and 2009 because investors had no stomach to buy loans that loosely underwritten. When it came back in 2010, securitization programs were careful to implement conservative loan terms such as low leverage and strong cash flow.

While standards have loosened to some degree as volume increased over the last decade, the market has remained far more disciplined than it did in the run-up to the last recession. That is reflected in the extremely low CMBS 2.0 default rate. The conduit CMBS default rate was under 0.5 percent from January 2010 to April 2018, when it reached 0.65 percent, and was only 1.2 percent when the effects of the coronavirus hit in April of this year, according to Moody’s/Trepp.

The delinquency rate of CMBS 2.0 conduit loans jumped to 4.4 percent in June, however, and seem likely to keep rising in coming months, Moody’s/Trepp said, even though three of the five major property types continue to perform reasonably well. 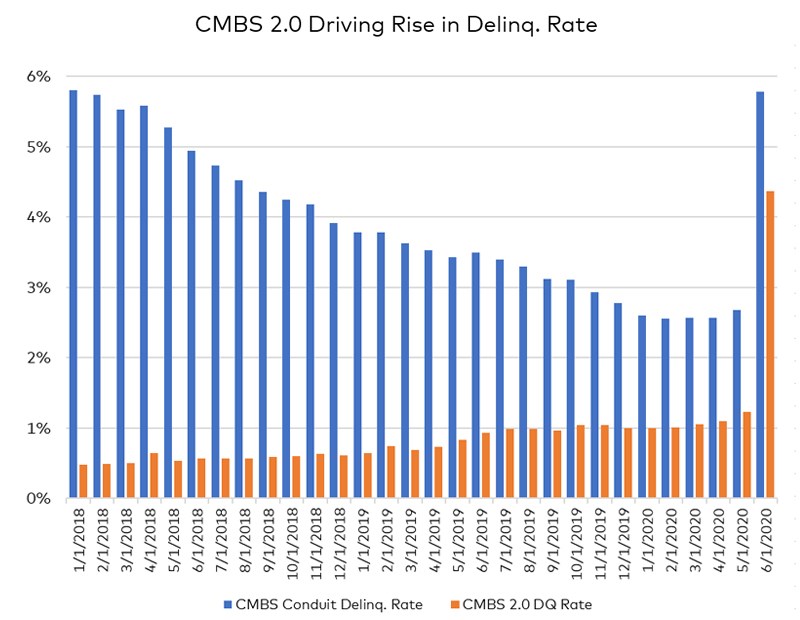